Medical Cannabis in the United States

Cannabis is comprised of two natural chemicals, tetrahydrocannabinol (“THC”) and cannabidiol (“CBD”). THC is a psychoactive compound that gives the high sensation and has pain relieving properties, while CBD is a non-intoxicating chemical in cannabis plant. Patients who use forms of medical cannabis have reported a variety of health benefits including relief of chronic pain, post-traumatic stress disorder relief, anxiety reduction, glaucoma relief, and asthma relief, among others.

In the United States, chronic pain is one of the most common reasons adults seek medical care and has been linked to restrictions in mobility and daily activities. Patients who are prescribed opioids risk permanent brain damage or misuse given their highly addictive properties. Between 1999 to 2018, more than 440,000 Americans died from an opioid related overdose[2].

Studies have shown that cannabis can mitigate the addictive use of opioids. A Harvard research report showed opiates and cannabinoids, active chemicals in cannabis, use overlapping signaling systems in the body related to drug tolerance, pain, and dependence. The report found patients described a decreased dependence for prescription opioids to treat chronic pain after starting to use medical cannabis[3]. This has led to a decrease in opioid overdose death with the legalization of medical cannabis.

What is Medical Cannabis?

Cannabis has two species: hemp and marijuana, depicted to the left. Because cannabis remains illegal on the federal level, research on the cannabinoids that make up cannabis has been limited to date. However, according to research done by Harvard Health, two of the cannabis species’ most beneficial active chemicals are CBD, most widely studied, and THC. According to this research5, the two primary cannabinoids in medical cannabis mimic the chemicals in the body that involve appetite, memory, movement and pain[4]. However, qualified patients that are prescribed medical cannabis have reported an improvement in pain control, the most common use for medical cannabis in the United States2. According to Harvard Health, patients prefer medical cannabis to other pain management options, including opioids, as the sedating effect of these drugs typically inhibit the ability to engage in everyday activities[5].

According to a Pew Research Study conducted in November 2019, 67% (or two-thirds of Americans) had a positive opinion on legalizing cannabis[6], up from only 12% in 1969. Due to growing public acceptance over the decades, there are 40 states with some form of legalized medical use of cannabis on the state level; however, medical cannabis remains illegal on the federal level. While cannabis remains illegal on the federal level, federal law enforcement has not been a concern for operators and patients that comply with state laws. Further, patient counts in the states that have legalized medical cannabis show strong adoption when programs are first rolled out, likely bolstered by public perception of medical cannabis’s potential to alleviate a wide array of medical conditions.

Medical cannabis does not treat and alleviate only one condition. In fact, according to WebMD, patients have reported a wide variety of treatments:

We are in the midst of a full-blown opioid epidemic in the United States. Studies have shown this epidemic has plateaued, and in some cases decreased, life expectancy. Because the highly addictive properties of opioid drugs were not fully appreciated by medical professionals, misuse of prescribed opioids has resulted in a public health emergency. Further, because of the addictive properties of prescription opioids, the widespread diversion of legally obtained drugs to illegal markets has led to rampant misuse. According to the American Academy of Pain Medicine, more than 50 million Americans suffer from chronic pain and medical professionals liberally prescribe opioids, with prescription rates doubling in the past decade[13]. The epidemic has affected over 2.1 million Americans who were classified with an opioid use disorder in 2019[14]. The addictive drug quickly leads to overdose death; between 1999 to 2018, more than 440,000 Americans died from an opioid related overdose[15]. In 2017 alone, more Americans died from an opioid drug overdose than died in the entire Vietnam war[16].

Multiple research studies have shown that cannabis can be safer than opioids, with far less potential for addiction and deadly overdoses. In fact, states that have voted to legalize medical cannabis have reported that fatal overdoses were down 25% according to a 2014 study in the JAMA Internal Medicine Journal[17]. Researchers in that study determined that states with legal cannabis access experience a decrease in opioid prescriptions. Some states review this data and still fear cannabis is considered a gateway drug, but because of its demonstrated promise with chronic pain patients using opioids, it could be considered an “exit drug”. This is according to Dr. Sanjay Gupta, the associate chief of the neurosurgery at Grady memorial hospital in Atlanta, Georgia. His documentary “Weeds” shows promise in treating underlying pain and limits the withdrawal symptoms that are shown to lead to opioid addictions[18]. This is because one of the most damaging properties of opioid drugs is the propensity to quickly change the user’s brain. If patients continue to take opioids long term, it has been shown permanent damage will occur[19]. We note that research shows that CBD can be impactful in managing addiction[20]. Because studies also show that medical cannabis has promise to be effective in reducing chronic pain, it could serve as a viable substitute for prescription opioids. This would be revolutionary in combatting the opioid epidemic, which has claimed the lives of hundreds and thousands worldwide[21].

The study focused on the association between implementation of state cannabis laws and prescribing patterns for opioids by orthopedic surgeons, per nationwide Medicare Part D prescription drug data. As a result, the study found that when patients used cannabis as a pain management vehicle, opioid reliance was minimized. The research suggests there is a correlation between medical cannabis and opioid prescriptions, as states that have legalized medical marijuana recorded a 13.1% drop (annually) in prescription opioids[22]. More specifically, the research suggests medical cannabis states were associated with a statistically significant reduction of 96,000 daily doses of opioids[23].

Per CDC data, 70 percent of drug overdoses are caused by prescription or illicit opioid use[24]. The study above suggests cannabinoids have the ability to offer an attractive nonopioid option for orthopedic patients and reduce opioid dependence.

While the lack of federal funding for cannabis research used to study the benefits of the classified schedule 1 drug, UCLA conducted a human study in 2018 to understand the effects of using cannabis as a chronic pain treatment. The intention of the study was to discover if medical cannabis provided pain relief or reduced opioid dependence for long term opioid users. The results showed patients with chronic pain that have used long term opioids reported higher levels of neuro inflammation, which worsens pain and leads to opioid dependence[25]. Cannabinoids from medical cannabis reduced neuro inflammation. Research also showed that cannabinoids and opioids have synergistic properties. This indicates that when combined, a number of opioids required to achieve the same level of pain relief is significantly lower than opioids alone. Lowering the number of opioids needed likely translates to decreased potential of an overdose and or dependence.

Another study conducted by a team of graduate students at the University of Arizona’s College of Public Health found that patients reported a 64-75 percent reduction in opioid dosage when used in combination with medical cannabis. The study observed over 7,000 opioid dependent participants in nine separate sessions. The results revealed that when the patients were introduced to medical cannabis, positive results followed. Collectively, the patients’ opioid dosage, quantity of emergency room visits, and hospital admissions for chronic non-cancer pain reduced. Further, use of medical marijuana for an opioid substitution was reported by 32 to 59.3% of patients with non-cancer chronic pain. The research suggests that cannabis was effective as an adjunct to opioid in reducing the dosage of opioids in study participants.

In total, 40 states have passed legislation to legalize medical marijuana, with 23 states establishing a medical cannabis program in the last ten years. The two most active chemicals in cannabis, CBD and THC, blind key receptors in the body that control pain, mood, and other feelings. As a result, medical cannabis users have reported the plant’s ability to ease chronic pain, relieve PTSD, arthritis, anxiety, and insomnia, among others.

Because chronic pain affects 1 in 5 Americans, patients turn to prescription opioids. The highly addictive properties of opioids have led more than 2.1 million Americans to suffer from opioid use disorder and led more than 440,000 Americans to a fatal death. A growing number of studies conclude medical cannabis’s potential to positively impact efforts to combat the opioid epidemic due to its promising role as a first line analgesic in lieu of or in addition to opioids. 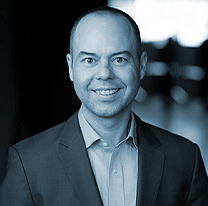